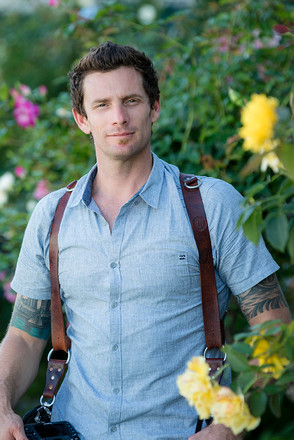 San Diego native Danny Desanti started his career as a professional photographer in 1998, mainly shooting the surfing lifestyle for various magazines as a way of deepening his connection to his love of the water and surfing.  In  2010, however, a chance opportunity to photograph a wedding opened up a whole new world for him and changed his life.  Suddenly, he saw how pictures could have an impact in a much more intimate way.  He saw how they could capture love, and laughter, and surprise, and even the tense moments when a best man fumbles for the ring.  And then, when he presented a completed wedding album to a new husband and wife, he got to see the joy spreading across their faces and that, in turn, gave him a new mission in life: to keep that joy coming, both for himself and for those he photographed.

Meanwhile, of course, Danny's picture-taking interests have continued to broaden.  He's worked alongside top fashion and architectural photographers and produced award-winning images for numerous hotels in Las Vegas, including the Bellagio, MGM, HardRock, and Stations Casinos. His work has also been featured internationally in many  books, magazines, and billboards.

But he always comes back to weddings.  They're what move him the most and allow him the greatest creative freedom.  He specializes in capturing those rare random moments -- the quick happy glance between a bride and a groom, the hopeful tilt of a father's head as he watches his daughter dance her first dance as a married woman, the outstretched fingers of one bridesmaid in particular as she tries to catch the tossed garter -- that add so much to the overall, lasting smile-bringing effect of the perfect wedding album.

Remember: great photography is only as good as the eye behind the camera.  Danny can be reached at [email protected].  He looks forward to hearing from you and to helping make your special day more special than you ever thought possible.